What's up with all the "fake" meat?

Have you seen "barbeque pulled jackfruit" or "seitan wings" listed on the menu right next to your favorite entree and wondered, "What the heck is this stuff?" It's vegan meat and it's here to stay! The meat substitute market has exploded in recent years and is becoming more accessible both on restaurant menus and the prepared food aisles. According to a report published by Allied Market Research, the global meat substitute market was estimated at $4.51 billion in 2019 and is expected to grow to $8.82 billion by 2027.

Not surprisingly, rates of veganism are at an all-time high globally. In the United States, the country with the highest rates of meat consumption per person globally, veganism and vegetarianism is taking off. According to the ‘Vegetarianism in America’ study published by Vegetarian Times Magazine, there are about 9.7 million people in the US following a vegetarian-based diet. Of this number, about 1 million people, or about 0.5 percent, lead a purely vegan lifestyle. The number of vegans in America went from just 0.4 percent to almost 3.5 percent in a matter of two years. That means no animal product consumption whatsoever. 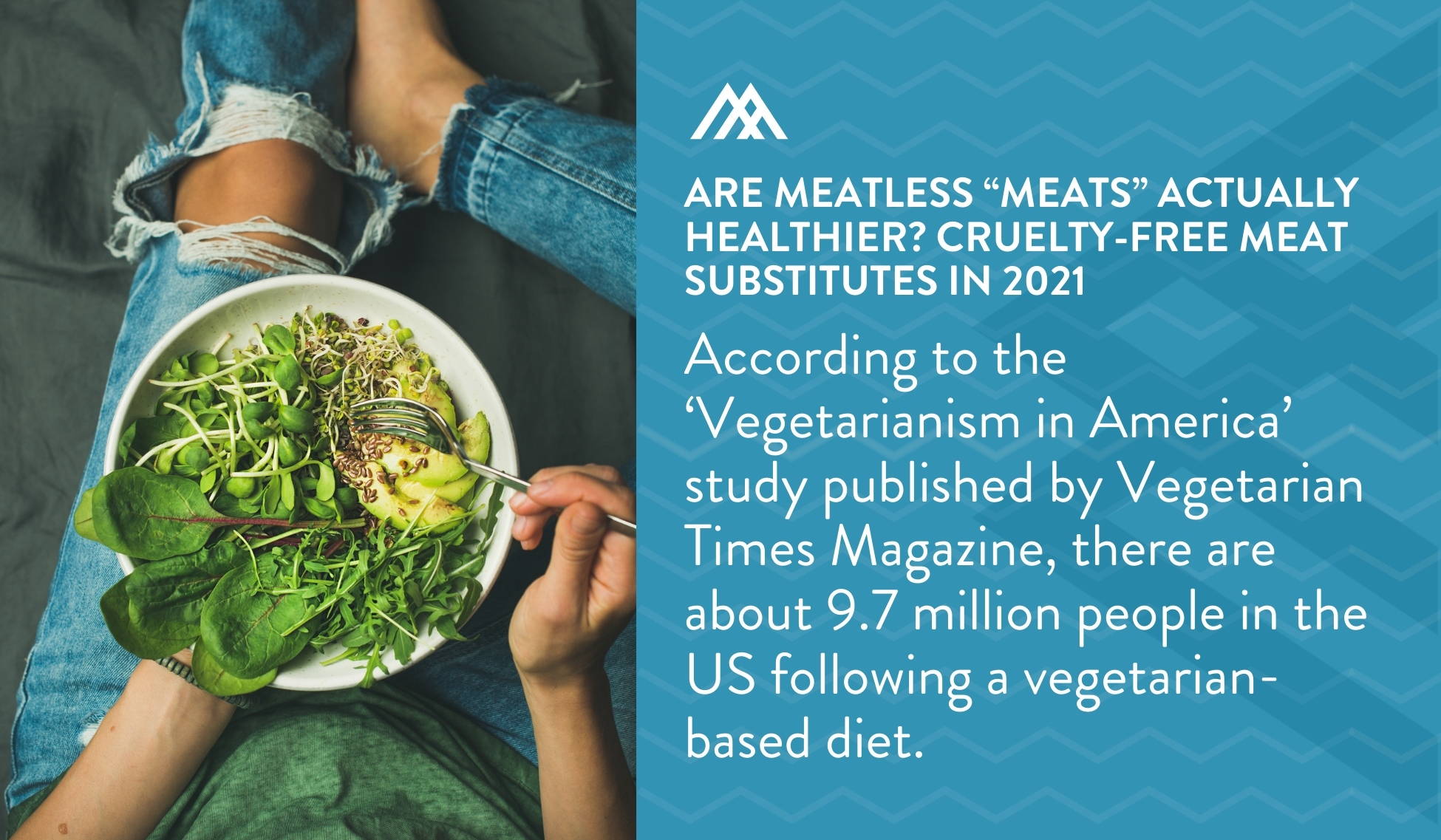 Allied Market Research attributes this sudden dietary demand to rising rates of obesity, new product development, and rising concerns regarding environmental sustainability and animal welfare. Not only is eating less meat (particularly red meat) and more veggies healthier for people, it also helps to cut down on carbon emissions. A recent study found that "substituting only 10% of daily caloric intake of beef and processed meats for a diverse mix of whole grains, fruits, vegetables, nuts, legumes, and select seafood could reduce, on average, the dietary carbon footprint of a U.S. consumer by one-third and add 48 healthy minutes of life per day.” Additionally, a scientific assessment from 2017 stated that 23% of global warming was due to the farmed meat industry, which uses an abundance of energy and fertilizer, causes deforestation, and releases methane. Even Bill Gates has invested in “faux” meat! Whether the decision to eat fewer meat products is due to health concerns or more of an ethical decision, your options are not limited. In fact, the world of meat substitutes offers nearly as much variety as common meat products do! 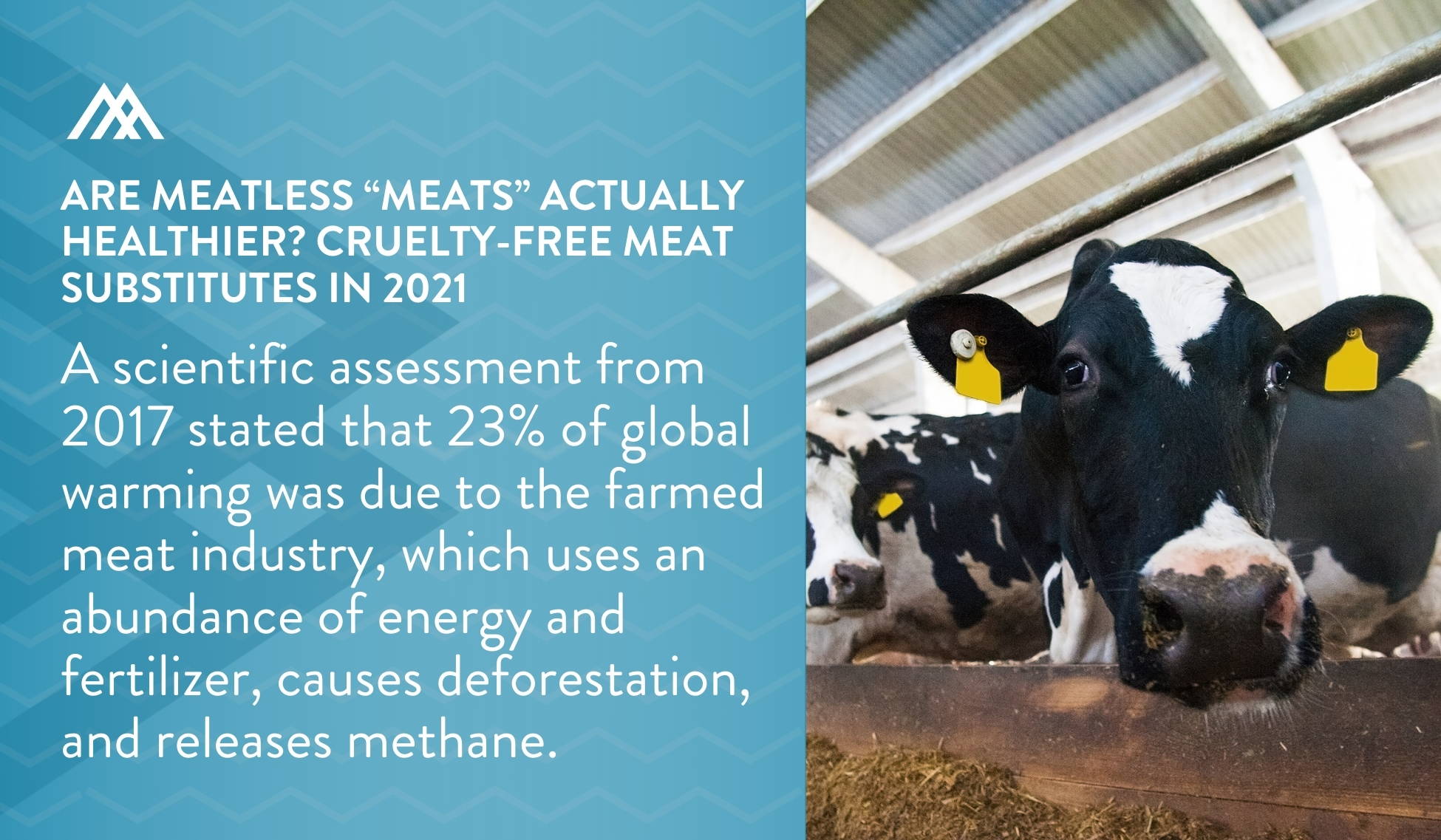 The Best Meat Substitutes of 2021

The benefits of eating meat substitutes range from higher fiber, to lower saturated fat, decreased greenhouse gases, and more dietary diversity. However, just as a juicy sausage has more fat and calories than a lean turkey burger, some meat substitutes are healthier than others. Though you can usually find "meatless meatballs" and "Impossible Burgers" in upscale healthy grocery stores (think, Trader Joe's and Whole Foods), their ingredients list isn't quite as simple or easily understood as the other products on the shelves. In order to elevate these products from mushy veggie burger to near-identical meat substitute, they often use chemical compounds such as methylcellulose, soy leghemoglobin, zinc gluconate, and Impossible's plant-based "heme", a molecule from genetically modified yeast that makes meat taste like meat.

Take, for example, the new Impossible Burger served at Burger King, Dunkin’s Beyond Sausage Sandwich, or Starbucks’ Impossible Breakfast Sandwich, all of these sandwiches have roughly the same amount of sodium, fat, and calories as the originals. Now, these sandwiches certainly aren't touted as "health foods.” Instead, they are more of a tasty vegan burger for those who crave their favorite indulgent sandwiches, but don't want to eat meat products. If you are choosing to go meat-free for the sake of the environment rather than health, then these choices are great for you.

If you are looking to adopt a plant-based diet for its health benefits, there are plenty of high-protein plant-based foods that can satiate your cravings. 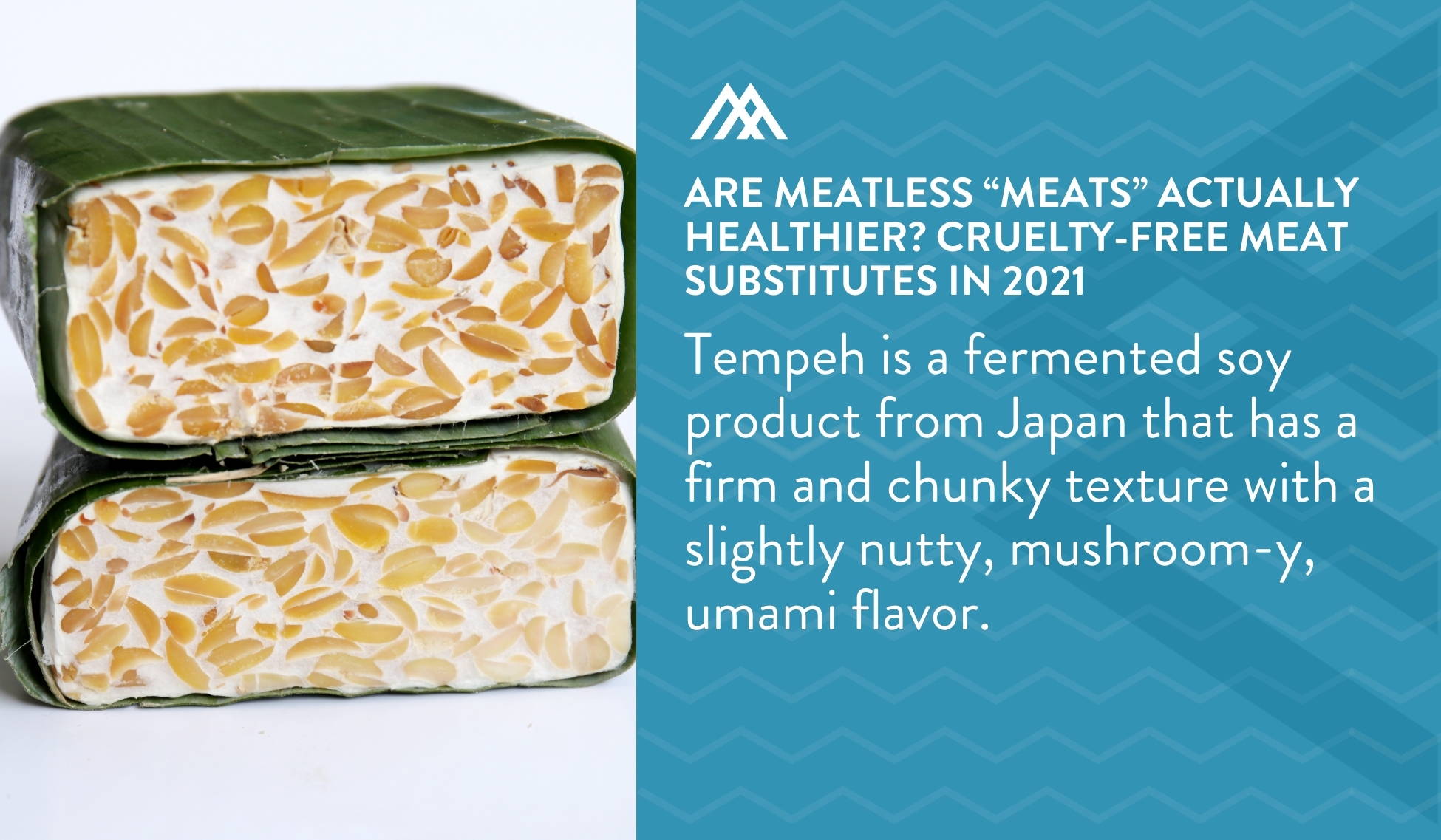 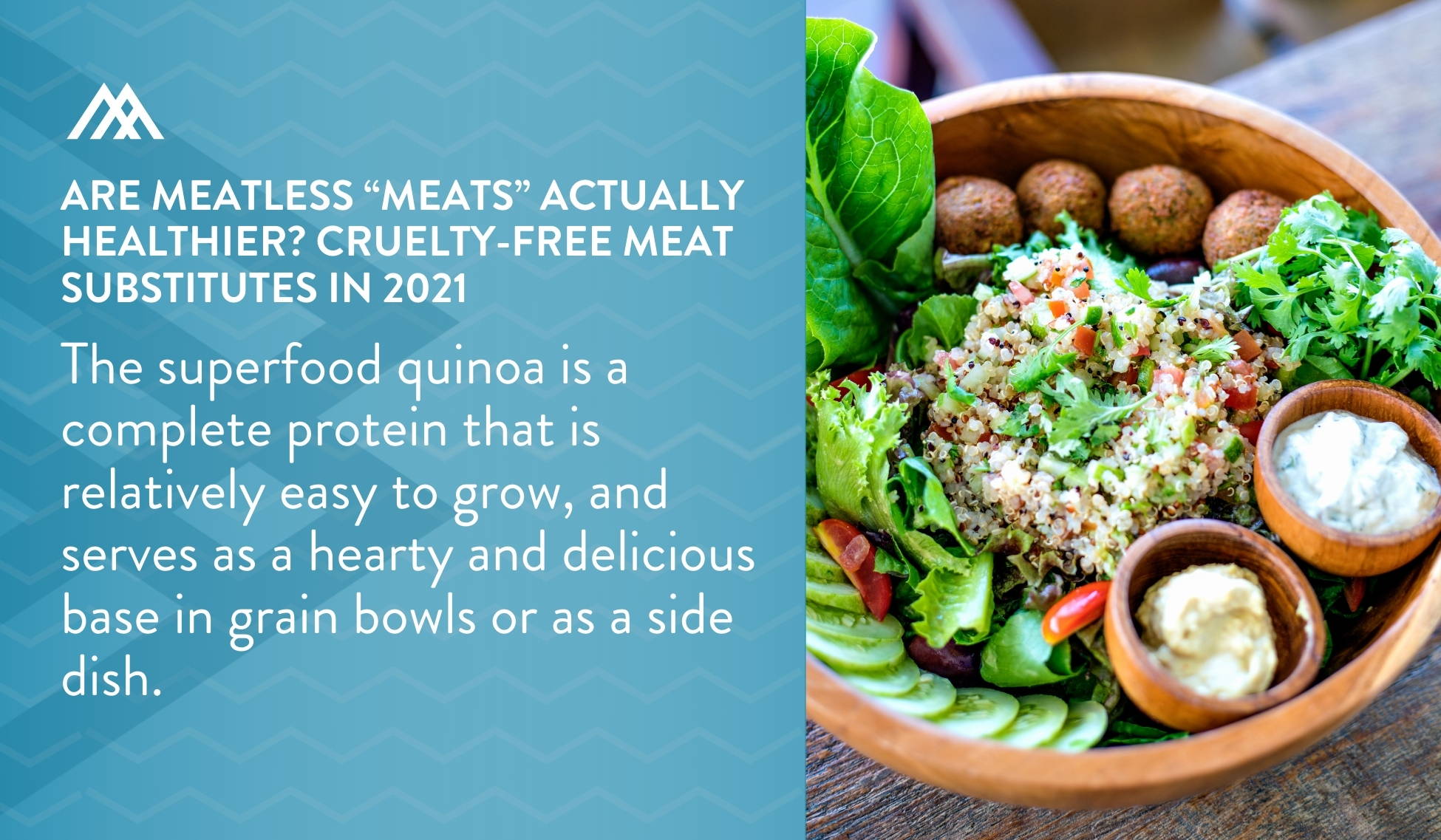 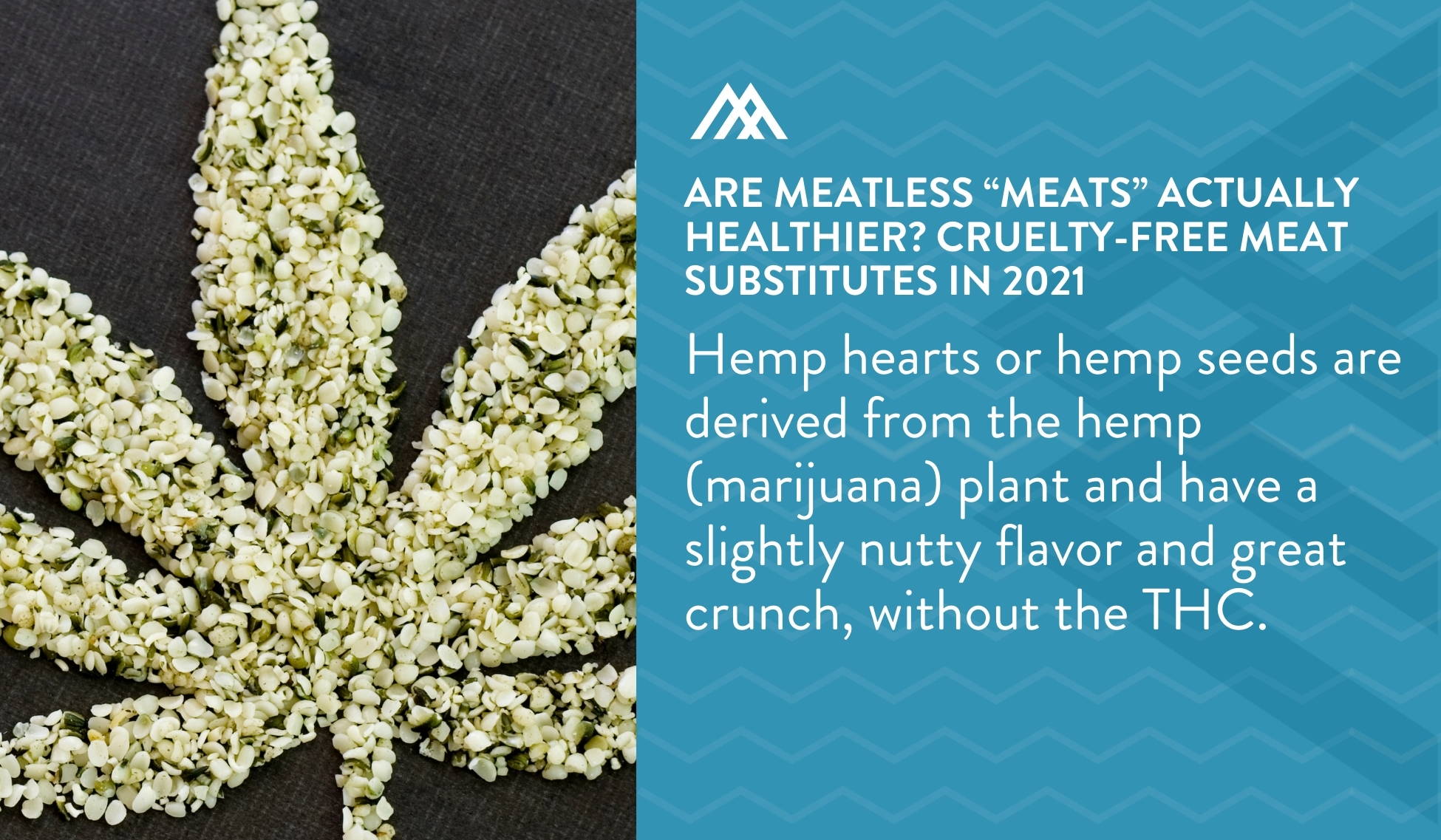 So which protein source is the best? In terms of protein content, seitan and TVP appear to have the most. In any case, getting a mix of the above proteins will ensure that you're getting all the necessary nutrients, protein, and variety in your diet. It also depends on the type of dish you are making, what fruits and veggies you are serving it with, and your budget. Vegan and vegetarian cookbooks can also help you to make your own healthy "copycat" meats, so you don't have to rely on the Impossible Foods line or risk adding extra sodium and chemicals to your diet. If you're looking to cut meat out of your diet little by little or "cold turkey" so to speak, consider speaking with a registered dietitian to find a plant-based diet plan that works for you!

Why Take Vegan Omega-3 With Vitamin D3 and K2?

When you walk into a grocery store or drug store, there are shelves filled with vitamins and minerals, and you may be wondering: Is it ok to take supplements like vitamin D and omega-3s together? According to surveys, vitamin D and omega-3 are in the top ten most popular supplements for US citizens. There's no risk in combining these supplements for the average person with no health complications. In fact, there could be significant health benefits.

What is a tattoo and how does its healing process affect its longevity? Do all tattoos have to fade away after a certain period of time, or does this process depend on the tattoo aftercare? Here's what you can do to take good care of your skin, revive your tattoos, and make sure they remain fresh-looking for years to come. Hair loss is the least of your worries, right? Well, yes and no. Whether it's genetically motivated or the result of an underlying illness or condition, thinning hair can feel like a neon sign calling the world's attention to us in a very unwanted way. However, it can be difficult for others to understand why it is such a big deal. After all, undergoing chemotherapy, having a serious thyroid issue, going through menopause, or one of the other myriad things that cause hair loss are far more serious than having to clean the shower drain or wearing a hat. Or so we're told.

It is a big deal, though. Hair is culturally a big deal. Being raised in a world that glorifies Rapunzel, Lady Godiva, Jennifer Aniston, and Dolly Parton (even though she wears wigs!) makes it difficult to embrace thinning hair. And when we are experiencing losses in other areas of our lives, we want some things to just feel normal!